Flexible in-house management training options that drive results!
As experienced training consultants we can unlock your manager's potential!
We offer flexible half day management training modules which focus on a specific area of management expertise.
We are so sure you will be pleased with our training we guarantee:

Is your manager toxic?

It’s a well known saying that ‘people don’t leave organisations, they leave managers!’ and so true.

We’ve all experienced bad bosses and the consequences of having one. There are many reasons for bad bosses, sometimes they just don’t have the right skills or training, sometimes they have too much on their own plate to support their staff and sometimes they have a malevolent side that manifests in a ruthless drive for self advancement and they don’t care who they upset to get there.

I recently attended the 2015 WA HR leaders summit where Quentin Jones from CLS360 presented a very interesting talk entitled ‘When leaders go bad – Managing the dark triad of leadership’. He discussed 3 types of toxic leaders or managers (the dark triad): 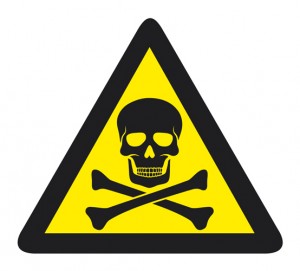 These managers or leaders may often initially present themselves as highly charismatic, energetic and approachable people. In time though the toxicity appears in the form of criticism, taking credit for their staff’s ideas and use of manipulation in it’s various guises ie. their true colours soon show and they can turn into one of the 3 toxic leaders outlined above.

Staff quickly observe that their manager doesn’t have their best interests at heart, only their own. They are selfish, egotistical and self absorbed preferring to spend time playing office politics (and often succeeding) than supporting and developing their staff.

The fall out from these toxic managers and impact on their team members is endless:

So what’s the answer if your boss is toxic?

Research has shown that taking on one of these 3 aversive leaders often results in a poor outcome for the unfortunate challenger. Most staff tend to accept their situation begrudgingly or choose to leave the team or organisation.

If you decide to stay, there are only 2 options if you don’t want to take them on:

• become more resilient to their divisive behavior and the stress it brings by:

If you are unlucky enough to have a toxic boss, ensure you don’t perpetuate the cycle of treating your staff the way you are treated and instead, use them as a model of what not to do.